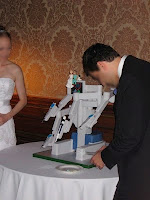 Manipulation precision comes at a price, but nothing is too high when it comes to surgery.
"Each da Vinci S HD System contains 39 maxon motors. Intuitive engineers have designed in over thirty maxon motors, including "RE 25" motors, some with and some without encoder feedback; RE 13 mm motors equipped with GP 13 series gearheads and 13mm magnetic encoders; and RE 35 series motors with third party encoders.
Maxon motors are designed with rare earth magnets in their stators and incorporate an ironless rotor de-sign, thus eliminating magnetic cogging. Especially at slow operating speeds, this represents a considerable advantage compared to conventionally designed motors. The slave side, or manipulator motors, require the precision of the master side, but also need to be able to be backdriven while an assistant surgeon moves the end effectors into position. The motors exhibit low hysteresis at the instrument tips.
All of the data communications on the da Vinci robotic surgical system is acquired via TCP/IP using NI's USB-6009 data acquisition board to connect to the electromyography system and electrogoniometers. These connections acquire physiological measurements, such as muscle activations and joint angles, from the surgeons. Mostly velocity controllers (some position controllers ) are used with velocity control algorithms. Primary module performs control tasks and secondary module has 2-3 filters. Redundant sensors, hardware watchdogs and real-time error detection ensures fail-safe operation of the controller in all its states. Filter in its forward path to attenuate master input commands that may cause instrument tip vibrations.
Computer capable of fully interconnected control of 48 degrees of freedom at update rates exceeding one thousand cycles per second (1.5 kHz sensory loop).There are 48 encoders and 96 analog input channels  are supported by parallel floating point DSP architecture with a peak computational power of 384 MFlops and a sustained processing power of between 128 and 256 Mflops. The robot has a network of 24 micro-controllers and integer DSPs performing data transfer and health watchdog functions.
The da Vinci features an Insite® Vision and Navigator Camera Control with two 3-chip cameras and 2 separate optical channels generate 2 images delivered separately to each human eye viewing the binocular viewer. It gives 1000 frames of the instrument position per second and filters each image through a video processor that eliminates background noise."
Based on Intuitive's Q3 results, the company is doing better than ever, although ISRG stock prices are decreasing since April. (Learn more about the financial status of Intuitive here.) Some interesting facts about their selling: as the da Vinci was cleared in Japan end of last year, you can see the rise of the system, there are already 19 robots installed. Romania also got high appetite for it, and after the first 3 devices installed many years ago in military hospitals, now they have 5 more. The Qatar  robotic surgical center put the Middle East on the map with their 3-unit-purchase. While the Zeus was popular in Canada, there are only 11 da Vincis in operation. Future market reserve remains in South America (with 13 robots total) and Africa (currently untouched).
Source: maxon, more about the maxon motors, design news article, da Vinci details,