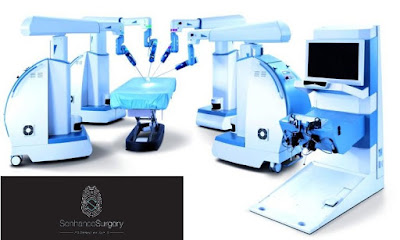 TransEnterix announced the rebranding of the ALF-X system: it will be called the Senhance Surgical Robotic System. Fun fact: the ALF-X team had been struggling for years not to be called a "robot".
“Senhance is designed to enhance laparoscopic surgery and specifically empowers the senses of the surgeon in ways that were never previously possible,” continues Pope. “The security of haptics and the convenience of eye sensing camera control are meaningful ways that technology can provide a further extension of the surgeon’s skill.”
TransEnterix further emphasizes the interaction between humans and technology with a new logo for the system. It resembles a thumbprint, with a letter S rendered in circuits in the center.
For now, the former name of the system still has a place in the marketing. On the website and in other promotional material, the system is billed as “Senhance Surgery - powered by ALF-X.”