Here is a brief photo report from this year's Medica Tradefair, which is the largest trade show for medical devices, happening every year in Düsseldorf.

Naturally, there is a rise of medical robotic applications here as well. Primarily, KUKA brought a couple of lighweight robots to demonstrate various applications, mostly related to US diagnostics: 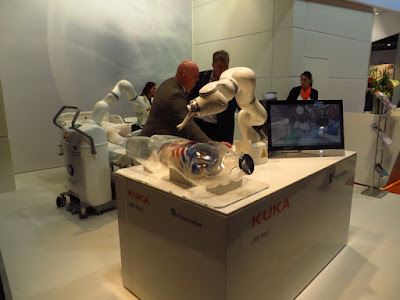 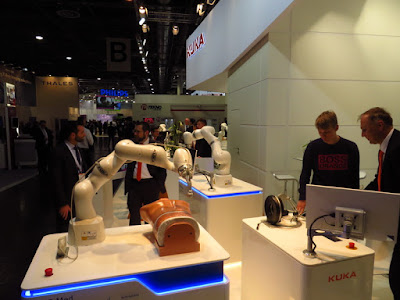 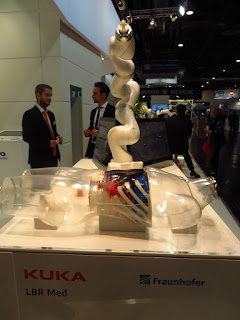 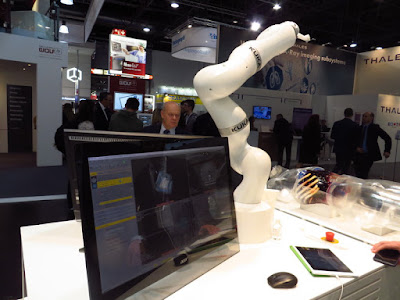 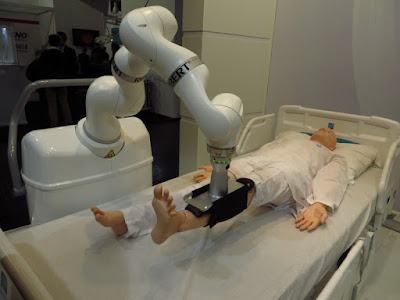 You can see a bit of their booth in action here:


And another iiwa arm was present at ICCAS' booth, performing some roboti US diagnostics:


DEMCON BV was also there with their CT compatible needle positioning system: 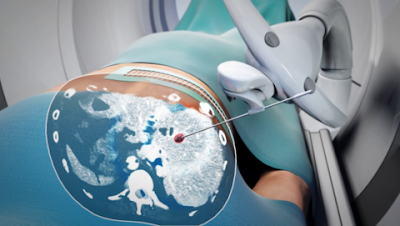 and the MIRIAM Needle positioning system: 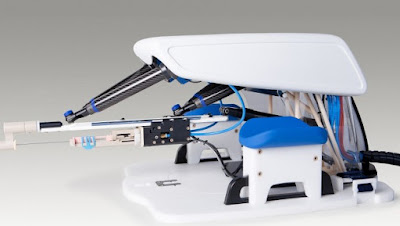 Medical Robotic Technologies BV, a spin-off company from the Control Systems and Technology group of the Eindhoven University of Technology, who previously rolled out PRECEYES and MICROSURE, which have already successfully completed the first human trials, came with their next solution: ROBOSCULPT. It will enable high precision autonomous bone surgery, such as cochlear implants, tumor removals and cranio-maxillofacial surgery. The project is in close collaboration with the Radboud UMC (Nijmegen): 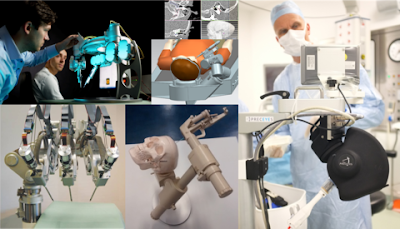